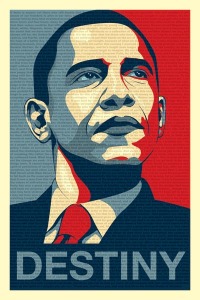 Something about yesterday’s celebration of Martin Luther King Day made me really happy.

Dr. King’s son said something that I’ve thought for years: “My father was a great man. My hero. A hero to many. But sometimes there is too much emphasis placed on Martin Luther King Jr. the idol instead of the ideals.” Amen.

It’s always bothered me how the peaceful, educated, pious, hard-working Dr. King gets lost in the vacuous statue he’s made into by our culture, which worships him as a god of some kind of vague freedom which is only defined, if it ever is at all, as “helping black people.”  Certainly, young people see him as an icon of their own rebellious impulses, rather than as a long-suffering champion with specific teachings and accomplishments to emulate.

My first year of teaching, ten years ago, was at a middle school in the part of town most populated by black people (for those familiar with Las Vegas geography, Lake Mead and MLK).  I saw vapid hero-worship of MLK almost every day, not from the adults or more mature kids, but from all the kids who embossed their huge t-shirts with glittery images of Dr. King.  Did they know anything of his philosophies, sacrifices, diplomacy, biblical allusions, or actual goals for civil rights?  No, they just knew that he’d done something like stand up to white people and made some of them angry.  That was absolutely the attitude most of the kids in his cult had.  What a waste of his legacy.

So it was very heartening to hear his own son recognize that tendency and call us out on it.  After all, King didn’t envision some magical happy land where unicorns frolic, nor did he imagine a world where any race has any special value or flaws.  It wasn’t a world where nobody judged anyone else, just one where people were judged by a more rational standard: the content of their character.

Boy, I’d love to see more of a focus on the content of character in our culture.

This is not a criticism of Obama himself, who I’ve said before is a good man.  It’s a criticism of his cult of worshippers.  This poster, however, doesn’t laud him for “achievement,” “leadership,” “brilliance,” or any other virtue for which he’s surely a good example (though I strongly disagree with his policies).  No, the poster celebrates his “destiny,” a vague, superstitious quality which not only removes personal effort from his success, but denies it to those who look up to him but who may not be similarly blessed as The Promised One.

What a disservice to Obama and to the many good people who do look up to him.  That’s why I’m so happy when he promotes education and civility.  I only wish he–and his media machine–would make a bigger deal out of it: people are only truly helped by being deeply immersed in a positive influence, not by occasional nods to it.

But if nothing else, at least these days the abuse of Dr. King has abated a bit, so maybe his spirit can rest in peace.